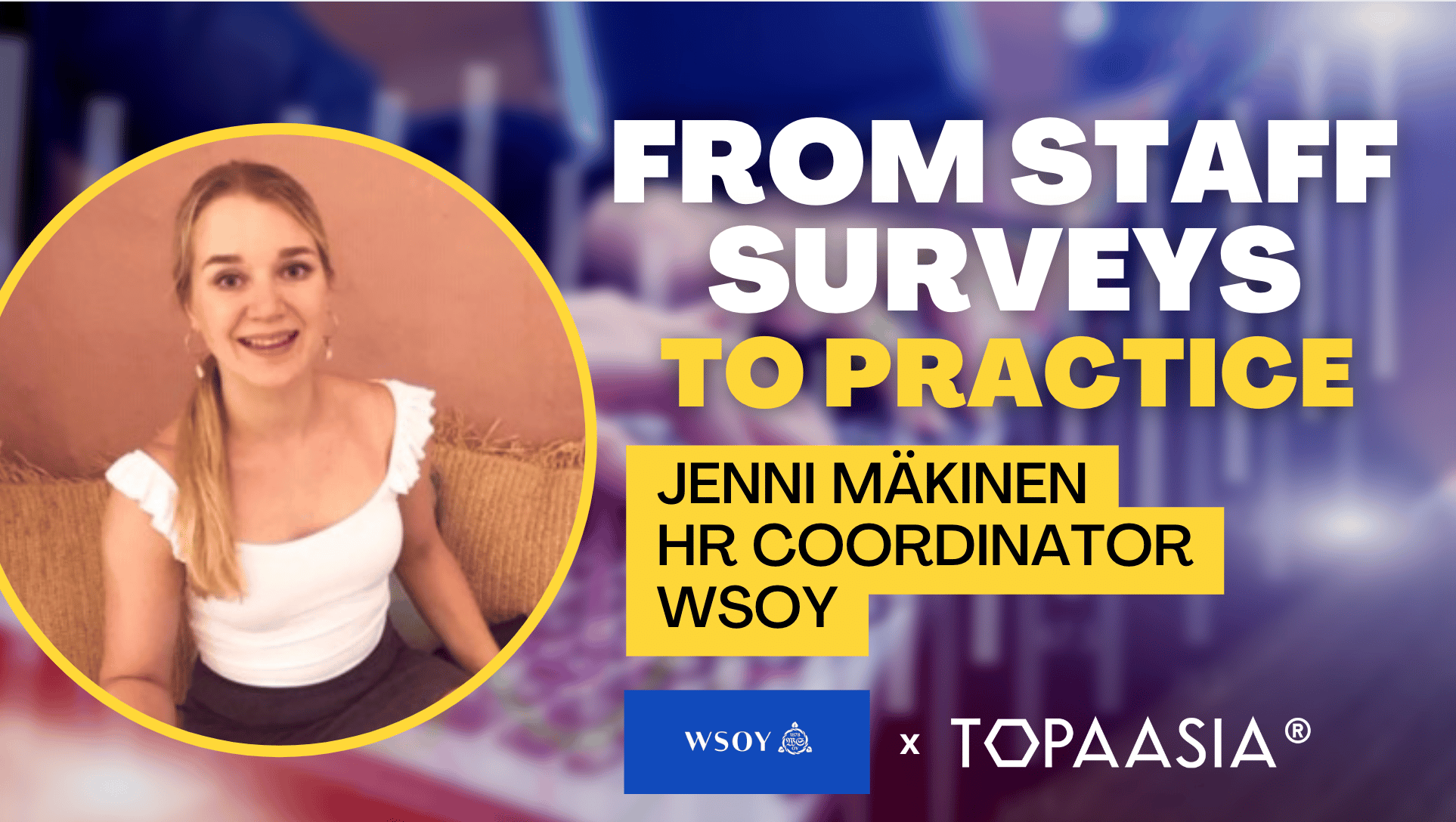 From staff surveys to practice with Topaasia

Jenni Mäkinen works for Werner Söderström in the HR team as an HR coordinator. She is WSOY’s newest Topaasia game leader, and in this interview, she shares her experiences of using Topaasia to disassemble and concretize the results of staff surveys.

Jenni says she first tested Topaasia with her own HR team and then in real-life with a team tasked with processing results from a Siqni – staff survey. Siqni is a staff survey that surveys themes related to the meaningfulness of the work. The purpose was to process the results on a team-by-team basis and to bring about everyday development activities from there.

“It was timely for us to dismantle the results of the Siqni survey. The team leads were to go through the results with the teams. The challenge for this team was that there was only 1.5 hours to unload and some of the team members are more talkative than others, ”Mäkinen describes the reasons behind the Topaasia experiment.

Coping at work as an object of development

A Siqni survey of WSOY staff revealed challenges to the team’s ability to cope at work, which led to the selection of a Topaasia session.

“We played Psychological Security – deck. We focused on what is important in near future. We wanted to look for ways for coping through the positive lens, ”Jenni describes the choice of game deck and perspective.

The psychological safety game deck has been made in collaboration with Futurice’s Janetta Ekholm and Hanno Nevanlinna to support the improvement of team operations.

The game session was perceived as meaninful and worthwhile

According to Mäkinen, a really good discussion arose during the game session and the team got handling of personnel survey to finish line, as the end result was good ideas and concrete development actions.

“The game was perceived as useful. The next day came a long feedback in which a team member described the conversation as meaningful and important to the team. Themes related to well-being are often discussed at out community, but now it was felt that with Topaasia team really came up with a concrete plan, and the discussion is not just at the level of visions, ”says Jenni about the feedback.

The attitudes of the team members reflected skepticism about the game at the start; can the game work on the right things?

“Despite the skepticism of the beginning, it was felt that the game allowed us to open up own feelings and get concrete stuff on paper. It was felt to be really working, ”Jenni sums up.

From employee surveys to concrete actions

According to Mäkinen, Siqni has been perceived as a good personnel survey due to its in-depth approach. Jenni explains, “The answers are very personal, and it can be hard to find concrete actions on a team basis. For some people one thing is relevant and for another none. Topaasia is used to find really common pain points that we want to develop”.

A common stumbling block in various surveys is a reduction in employees ’willingness to participate if they feel that responding is irrelevant or that the results do not lead to changes in the organization. The same phenomenon has also been identified by WSOY. According to Jenni, Topaasia supports well in putting the results of the surveys into practice: “We have had a great response rate in staff surveys. I feel that Topaasia is the perfect tool to support surveys so that the results can be translated into concrete action and the staff feel that their responses are relevant ”. 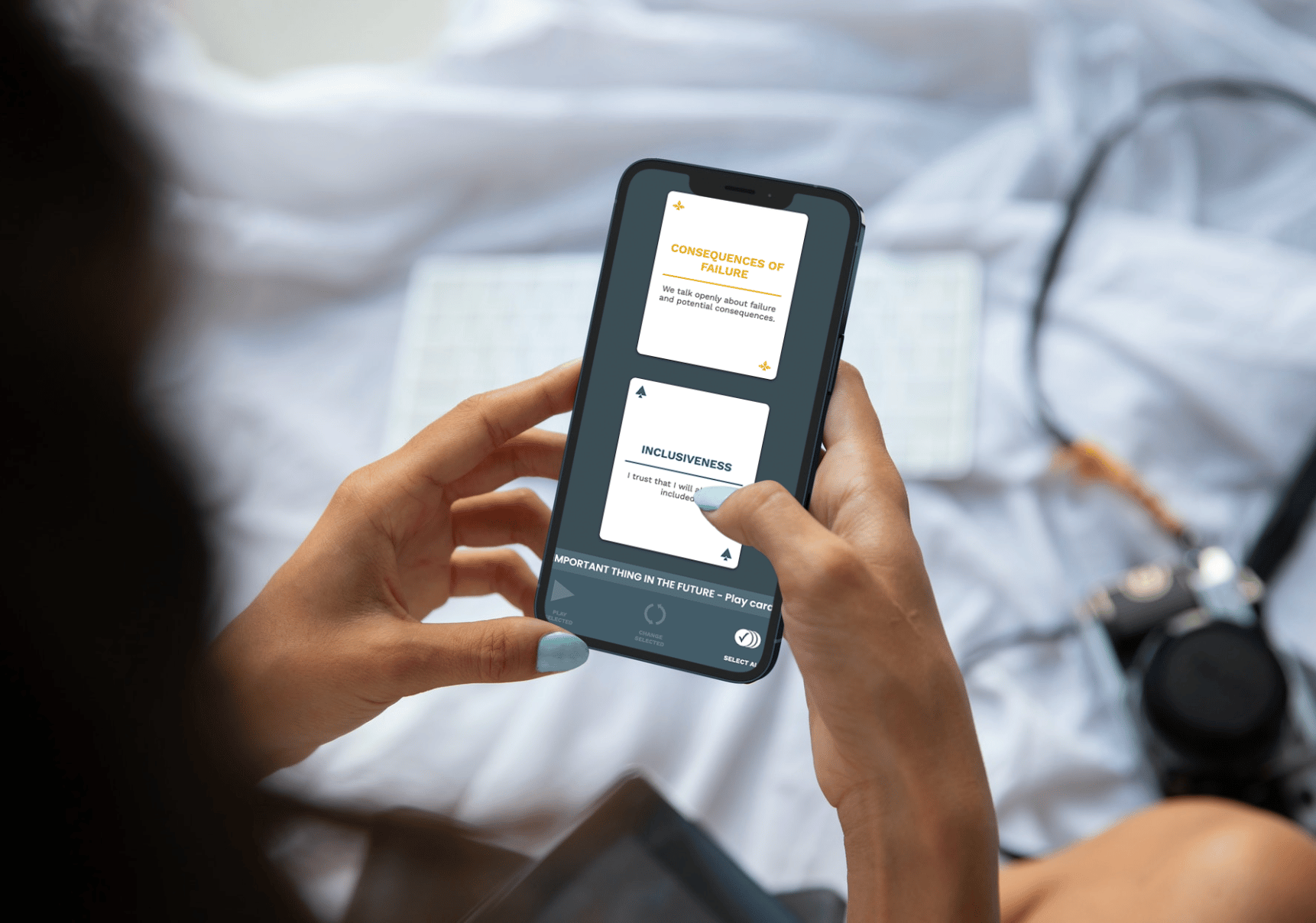 To support the everyday life of leaders

HR cannot and doesn’t have time to interview each employee individually based on the responses to the questionnaires, and it is often the responsibility of the team leader or supervisor. Jenni finds Topaasia to make life easier for supervisors and team leaders:

“After all, not every leader is necessarily the type to be able to dismantle surveys into just the right pieces and take the necessary perspectives into account, and you don’t have to be. Therefore, this supports the work of the leaders well, so that the discussion becomes concrete and the staff is taken into account equally in the dismantling of the questionnaires. This gives everyone a good experience of the surveys and how to process their results, ”Jenni concludes.

Thanks Jenni and WSOY!